The couple head for a romantic break on the slopes as their relationship continues.

One Direction's Harry Styles and Taylor Swift are enjoying a skiing vacation in Utah.

The couple were spotted getting some food after hitting the slopes by a fellow skier, who uploaded a picture to Instagram.

Taylor Swift's brother Austin is also thought to be part of the skiing party at Canyons Resort in Park City.

Harry and Taylor are understood to have flown to Utah from Los Angeles after One Direction performed 'Kiss You' on The X Factor USA.

The fan who spotted the pair enjoying a meal together wrote on Twitter: "Omg OMG omg what are the odds. T swift just talked to me and said it was nice meeting me."

Other fans have also uploaded pictures of the pair on the slopes. 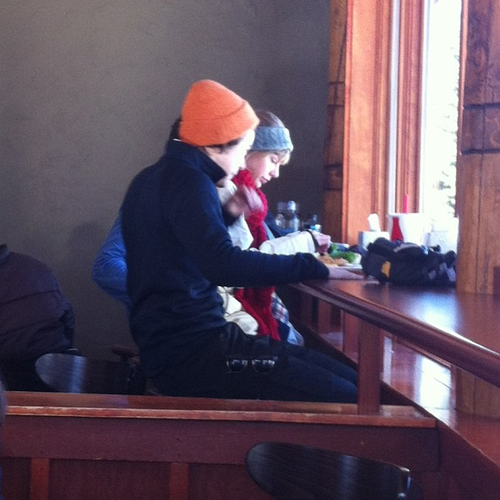 They then jetted to London together when One Direction performed at Capital FM's Jingle Bell Ball in early December.

While Harry has headed to Utah, the rest of One Direction arrived back in London last night (21st December) following their performance on The X Factor.