The ‘You Don’t Know Love’ star is hitting the road again next year – and we’re already excited!

Olly Murs has just announced that he will be hitting the road once again on his brand new UK arena tour – and we're already counting down the days!

Tickets go on sale next Friday 9th September 2016 from 9.30am, so make sure you get in there quick – you know this isn’t going to be one to be missed!

As well as his tour, Olly also confirmed his new album, '24 Hrs' will be available on 11th November 2016 - and if 'You Don't Know Love' is anything to go by, we're definitely in for a treat! 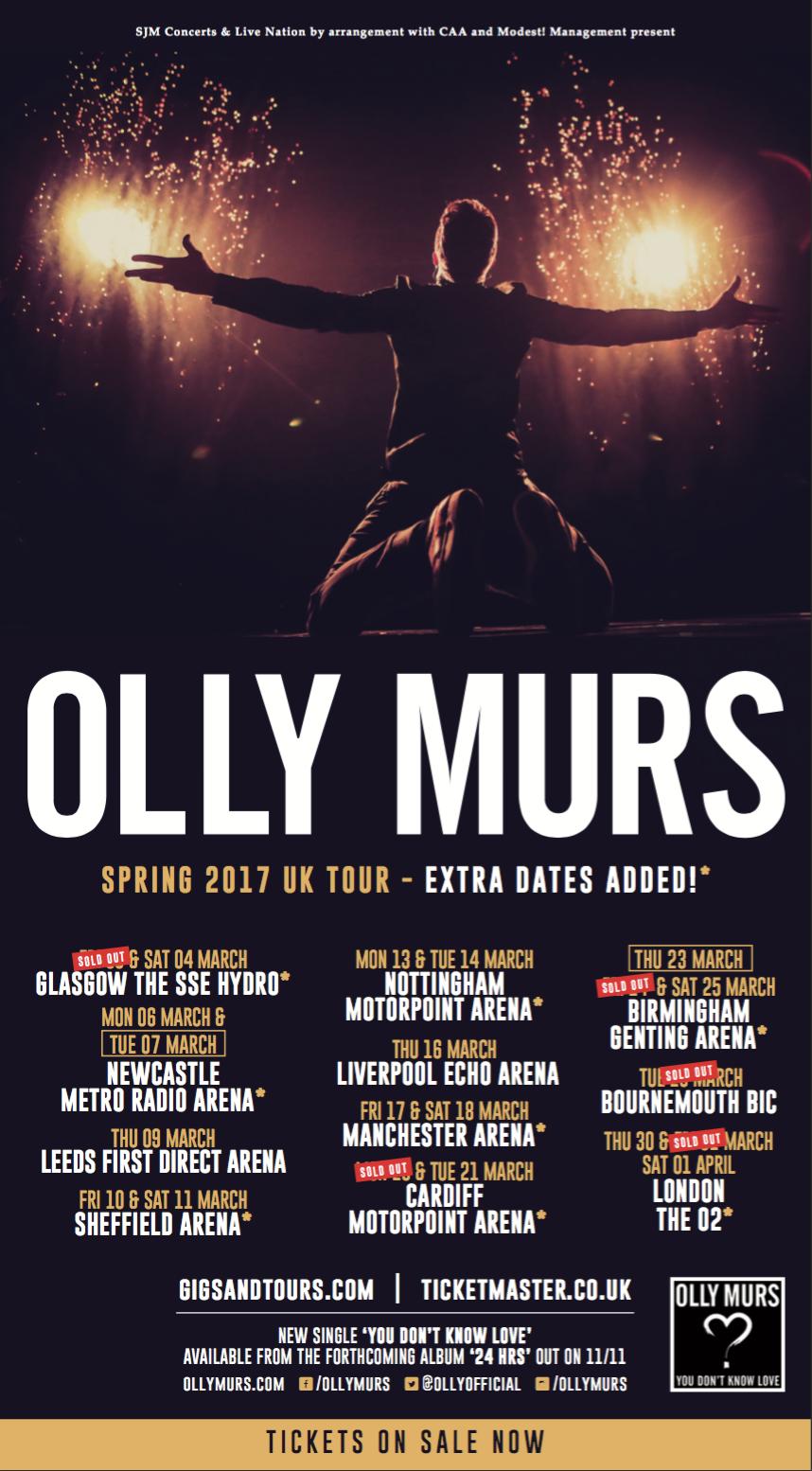