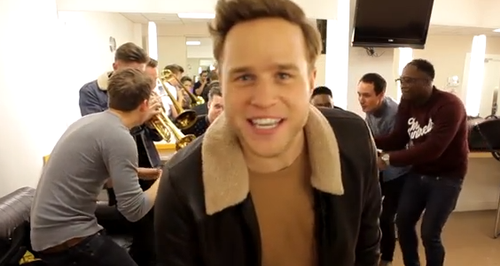 Jingle Bell Ball performer Olly Murs is going back on the road in 2015 – we can’t wait to see those snake hips live once again!

Olly Murs has just announced the VERY exciting news that he is heading off on tour once again in Spring 2015!

The Jingle Bell Ball performer will be taking his new music and his signature dance moves all around the country from the 31st March, and tickets are on sale now.

Olly announced the news on Twitter with this hilarious video:

The ‘Wrapped Up’ singer will give fans a taste of what to expect from his tour when he performs on Saturday 6th December at London’s O2 Arena at the not-to-be-missed Jingle Bell Ball.

Getting you warmed up for an evening of busting some serious moves will be the incredible Ella Eyre!

Olly is just one of our INCREDIBLE acts playing the Capital Jingle Bell Ball 2014 with Morrisons on the weekend of the 6th and 7th December, alongside other AMAZING artists like Taylor Swift, Take That, OneRepublic, Ed Sheeran and Jessie J.

And if you LOVE Olly Murs then check out his recent live session performances with us below:

'Ready For Your Love'

'Dance With Me Tonight'