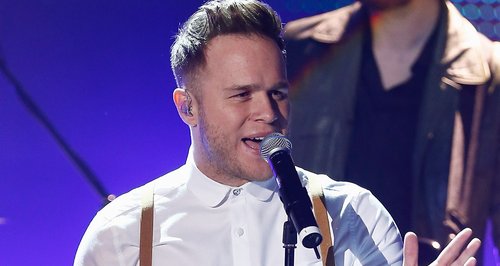 The 'Hand On Heart' star will be the first performer to take to the Jingle Bell Ball stage this weekend.

Olly Murs has been confirmed as the opening act for this year's Capital FM Jingle Bell Ball 2013.

The 'Troublemaker' star was announced this morning (6th December) as the act who will kick off this year's Capital FM event at London's O2 Arena this weekend.

Olly will be the first act to perform on day one of the Jingle Bell Ball on Saturday 7th December, on an opening night that will also boast performances from the likes of Tinie Tempah, Union J and Katy Perry.

On Sunday (8th December) the Jingle Bell Ball continues with acts like Jessie J, Dizzee Rascal and Lady Gaga all taking to the stage to perform for 16,000 screaming fans.

Olly Murs has had an incredibly successful year after supporting Robbie Williams on his UK stadium tour in the summer as well as a string of successful singles from his album 'Right Place Right Time'.