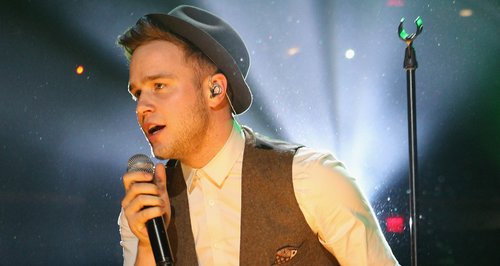 The 'Dear Darlin' singer says it's going to be a "great night" on 7th December at the O2 Arena.

Olly Murs says he is "delighted" to be playing the Capital FM Jingle Bell Ball 2013 this year, following today's huge announcement of the day one line-up.

The 'Troublemaker' singer joins the likes of Katy Perry, Ellie Goulding and Rizzle Kicks on night one of the event on 7th December at London's O2 Arena, and tweeted about his excitement fresh from this morning's (6th November) reveal.

"I'm delighted i've been asked yet again to perform at #capitalJBB gunna be a great night!" Olly tweeted after the news first broke.

'La La La' producer Naughty Boy was also confirmed for day one of the Capital FM event, and tweeted soon after to simply say: "See you there @CapitalOfficial! #CapitalJBB."

Olly will be making his third appearance at Capital FM's Jingle Bell Ball this December, while his repackaged album 'Right Place Right Time' is set to launch on 25th November.