The singer also performed his hit single 'Heart Skips A Beat' during the TV appearance.

Olly Murs put his Soccer Aid skills to good use this week during an appearance on Canadian television during his support slot on One Direction's North American tour.

The 'Dance With Me Tonight' singer flew stateside earlier this week to join the 'What Makes You Beautiful' stars on their current American jaunt, and performed some headers and vollleys for the live studio audience during an interview on Canada TV station Much Music.

Olly also gave a special performance of his single 'Heart Skips A Beat', which was released as his first single in America this week with rerecorded vocals from hip-hop group Chiddy Bang.

The 'Oh My Goodness' singer performed alongside One Direction at two Toronto shows this week and will take to the stage in Detroit, Michigan at the Fox Theatre tonight (1st June).

Olly Murs was also announced as the latest headliner for the iTunes Festival this September where he will perform at the Roundhouse in Camden, North London.

View a picture of Olly Murs showing off his football skills in Canada below (Credit: WENN): 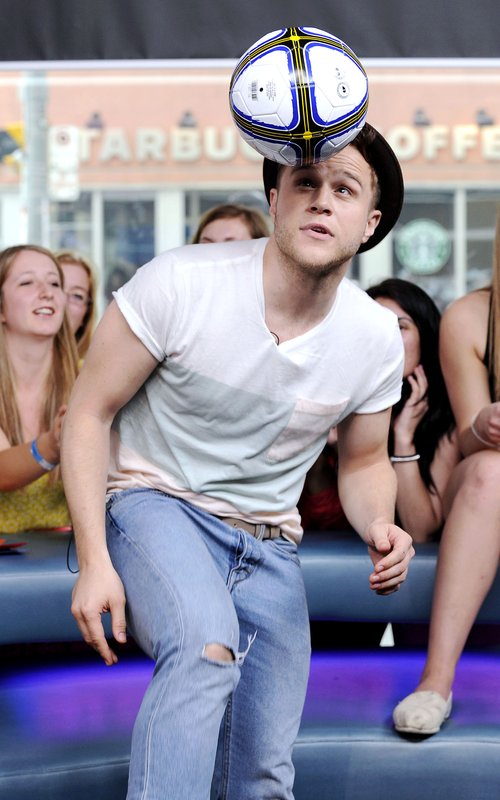 Watch Olly Murs performing Heart Skips A Beat on Much Music below: