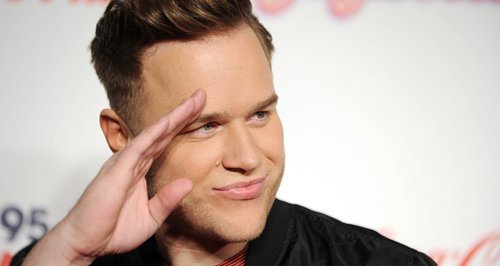 The 'Troublemaker' star's latest tunes get the thumbs up from his old man.

Olly Murs' dad Pete has been taking to Twitter this morning (7th April) to tell fans that he's heard some of the singer's new music and it is sounding '"funky".

He also predicted at least three number one singles – promoting Olly to tell his dad to calm down.

The 'Heart Skips A Beat' star has been busy in the studio for the past few months as he continues work on the follow up to 'Right Place, Right Time'.

Meanwhile, Olly recently promised fans that he would be back on the road touring in 2015.

> 15 Reasons Olly Murs Would Be The Perfect Best Mate