Nick Jonas And Priyanka Chopra Could Be Getting Married VERY Soon!

Reports say that Nick Jonas is set to marry actress Priyanka Chopra after they apparently got engaged while in London.

Guys, you might need to buy a new hat if rumours are to be believed - Nick Jonas and Priyanka Chopra are apparently going to tie the knot... in DECEMBER!

> WATCH: You'll 100% Head Bang When Jack Black And Nick Jonas Perform Their Own Version Of 'Tribute'

"They really want to blend wedding traditions from both of their cultures that are important to them. Priyanka is having a really good time planning the wedding because it’s a mix of Indian and American styles and customs, which she knows so much about."

According to People, Nick popped the question to Priyanka in July while the pair were in London after he shut down a Tiffany & Co store in New York to buy her engagement ring.

The source claims, "They are so happy. His friends and family have never seen him like this, and they’re all really excited for him. He’s definitely very serious about her."

The news comes after fans got suspicious that something was happening between the couple, who started dating in May this year, when the director of a movie Priyanka was supposed to be starring in Tweeted that she would no longer be in the film for "very very special" reasons to do with Nick.

Yes Priyanka Chopra is no more part of @Bharat_TheFilm & and the reason is very very special , she told us in the Nick of time about her decision and we are very happy for her ... Team Bharat wishes @priyankachopra loads of love & happiness for life

Engagement rumours started in June after fans spotted the pair wearing matching gold rings, while in Mumbai, which some thought to be commitment bands. 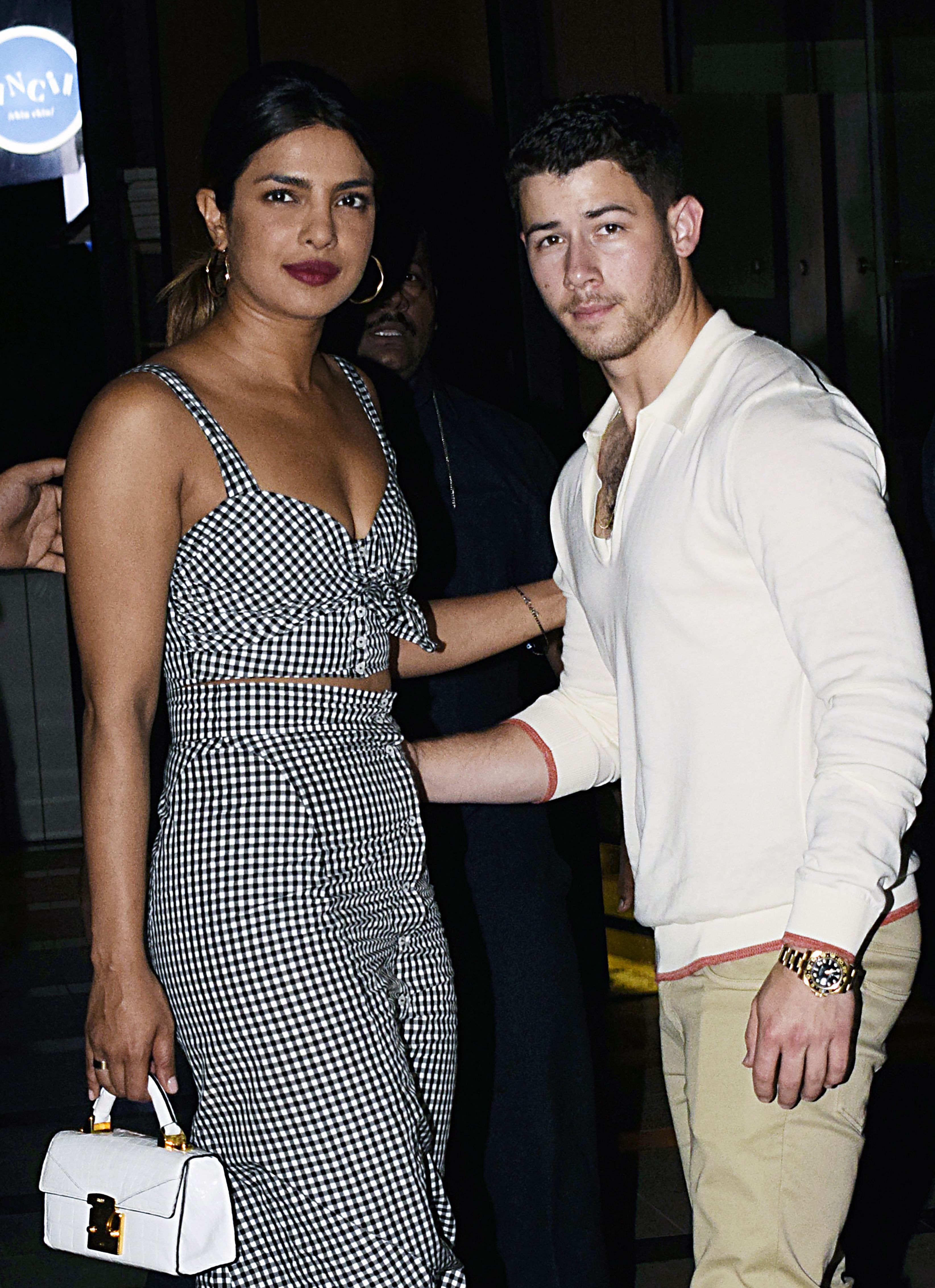 The actor and singer duo were spotted heading to a restaurant for dinner, on the first night of their trip to Mumbai, along with Priyanka's mother.

> We'll Keep You Updated With The Relationship Over On Our App!

We're not ones to get too excited too early, so... We'll just hire our suits and buy our hats now?