The 'We Can't Stop' singer was pictured heading back to her hotel in the capital.

The 'Party In The USA' singer was sporting high-high black Christian Louboutin boots as well as a black and blue checkered flannel shirt.

Miley was also seen carrying a bright blue fur jacket in her hands as she was escorted to her taxi.

Check out a picture of Miley heading from the studio in London below: 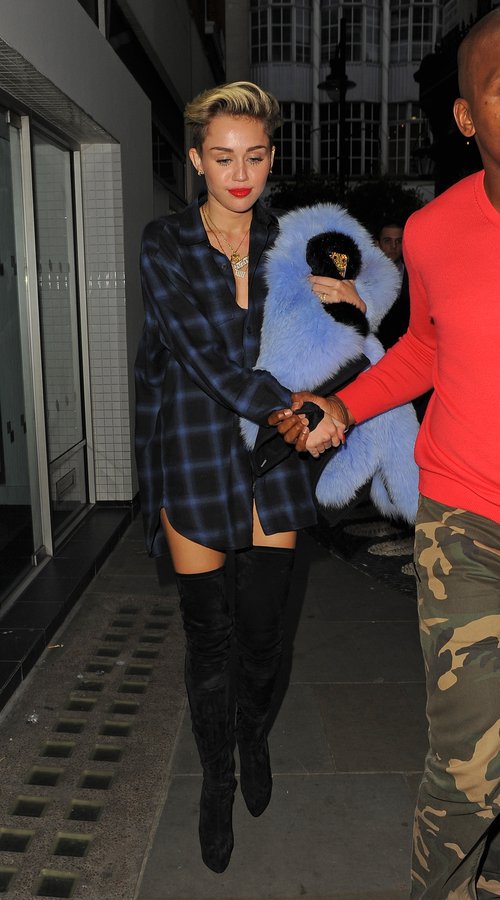 The promo has since broken VEVO's 24 hour most played record – overtaking One Direction's previous best with 'Best Song Ever'.