The 'Wings' stars saw their debut album break records as it entered the top five of the Billboard 200 chart this week.

Little Mix have confessed that they feel like Justin Bieber following all the success they have enjoyed in America over the past weeks.

"Just seeing the amount of fans that we actually have [in the U.S.] is so overwhelming," revealed Jesy Nelson to Billboard. "When we go to our signings, it's crazy -- like, we feel like Justin Bieber when we go.

"It's crazy, and we've never felt like that before, and it's just amazing."

Their position on the US chart also means they broke the Spice Girls' previous record for a British girl group after Spice entered at six. 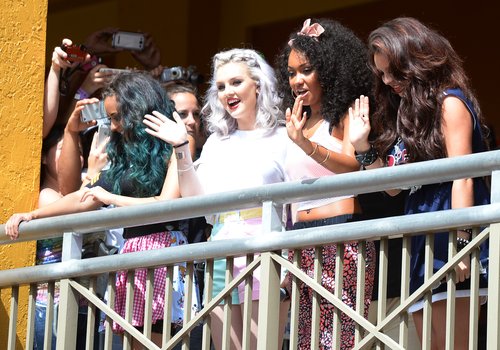 "When we were younger, we had the Spice Girls and groups like that to look up to, that had this really empowering message and made you feel really good about yourself," added Jade Thirlwall.

"And I think it's kind of about time that it was brought around again."

Speaking to Capital about the album success, the girls said they were left "shell-shocked" upon hearing the news.