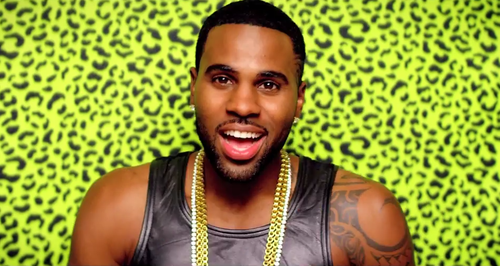 The singer and rapper throw a pool party in the raunchy video for their new track.

Jason Derulo has unveiled the music video for his new single 'Wiggle'.

The singer throws a pool party whilst doing his famous 'wiggle dance' in the raunchy clip, which also includes an appearance from guest rapper Snoop Dogg.

"It's exciting times!" he said in a behind the scenes video of the shoot. "It's a very special song about women and we've got... Snoop Dogg featured on this record as well, which is really exciting."

'Wiggle' is available to download now and features on the special edition of his latest album 'Tattoos', which includes his recent hits 'The Other Side' and 'Talk Dirty'.