WATCH: Jason Derulo Is Barely Recognisable As He Takes On ‘Superfreak’ On Lip Sync Battle

We’ve always been big fans of Jason Derulo but we reckon we love him a little bit more after seeing this – he’s taken on ‘Superfreak’ on Lip Sync Battle and he’s barely recognisable in his costume!

Jason donned a full on wig and surrounded himself with sexy ladies for his performance of ‘Superfreak’ – and OF COURSE those famous Derulo dance moves were out in force too.

‘Superfreak’ was a hit for Rick James back in 1981 – wayyy before Jason was even born – but he paid homage to the music video, including a routine with a park bench as well as the iconic dreads and sparkling shirt split to the waist. Phew! 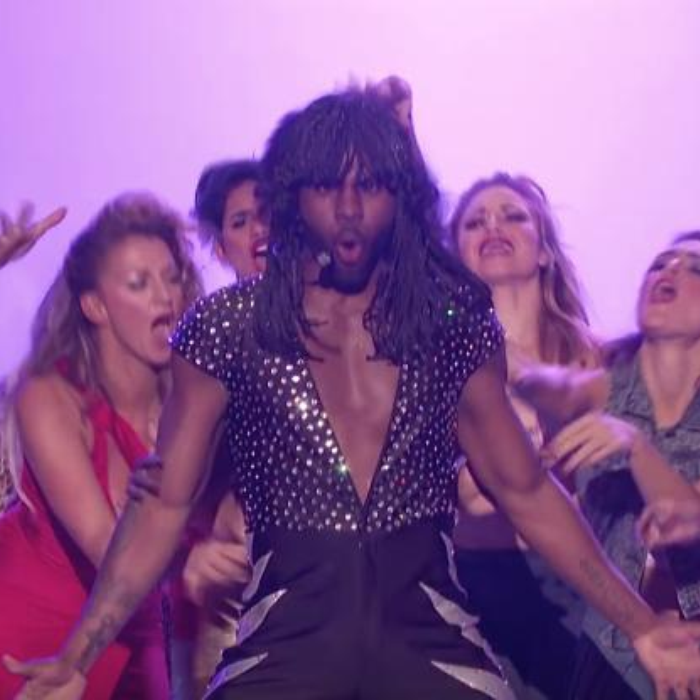 We would crown him the winner just for this performance alone, tbh.