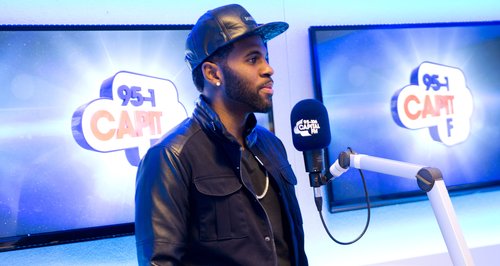 The US star speaks to Capital backstage at the biggest Christmas party of the year.

Jason Derulo has told Capital that he can't wait to get back over the UK for his 2014 world tour.

The 'It Girl' star was forced to cancel his last planned outing after fracturing his neck and said rehearsals are just around the corner.

"It's such exciting times because we're just about to go into rehearsals," he told Capital backstage at the Jingle Bell Ball today (8th December). "I had to cancel my last tour so I'm, super excited to finally get over here and make that happen."

The US star also details on his stage outfit for the show and said the secret to a good wardrobe is no "sticky leather".

Jason performs on a line-up which includes the likes of Lady Gaga, Jessie J and Rudimental.