Jason Derulo Confirms He Would Collaborate With Union J - Video

The US singer says he really likes the band's debut single 'Carry You'.

Jason Derulo says he is a fan of Union J and has confirmed he was serious when he tweeted the UK boy band about working with them.

The 'It Girl' singer sparked a flurry of fan comments after tweeting the 'Carry You' stars saying he has heard they want to record a collaboration with them, telling the band to "make it happen".

Jason has now opened up about how his message to the boys came about, and says he really likes their debut single which recently proved a big hit on the Vodafone Big Top 40.

"You know I was actually listening to their song 'Carry You' the night before and I was doing an interview with a magazine and they were like the boys are big fans and they'd like to do a collaboration, blah blah blah," Jason revealed exclusively to Capital FM this week. "I was like, 'Hey, why not?'

"They were like, 'Would you tweet them right now?' so I was like yeah, let's do it," he explained. "I was listening to their song and I thought it was quite good so I think they definitely have a future so I'd like to get in!"

Check out a picture of Union J on stage at the Summertime Ball 2013 last weekend below (Credit: PA):

Union J replied to the 'Don't Wanna Go Home' singer after his tweet saying it would be an "absolute dream come true" if the collaboration came about.

Watch Jason Derulo chatting to CapitalFM.com about working with Union J in the future below: 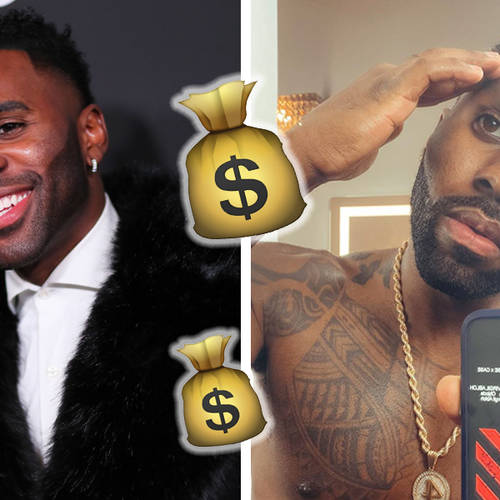