The 'Sing' star returns with a dance-heavy music video for his next future hit release.

Ed Sheeran's back with the second music video from 'X', and it's not one to miss!

The UK singer-songwriter is releasing 'Don't' as the next single from his second studio album, and while he only appears VERY briefly in the video it's still one to watch for the INCREDIBLE dance moves.

The video for 'Don't opens with a man lying on a mattress outside before he proceeds to show off some SERIOUSLY amazing body-popping dance moves, as he moves from house to house.

As the video heads towards its amazing finale it's the video's message becomes clear as the dancer finds himself suited and booted and living up life in a mansion!

'Don't' follows 'Sing' as the next release from Ed Sheeran's 'X', and the single is released on 24th August. 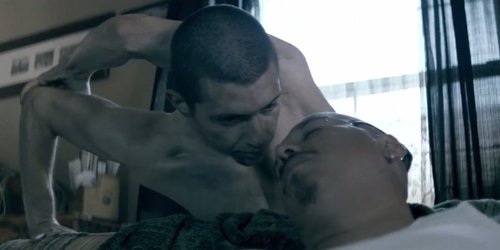