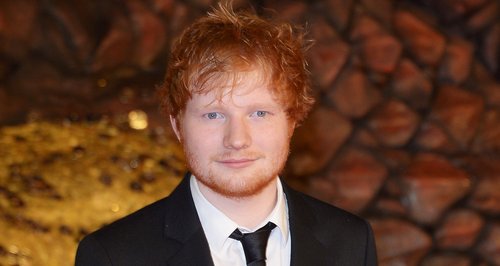 The first confirmed performers for this year's event have been announced.

Ed Sheeran and OneRepublic have been announced as performers for this year's series of Teenage Cancer Trust gigs.

The shows are curated by The Who frontman Roger Daltrey who has also enlisted the help of Suede, The Cure and Paolo Nutini.

There will also be an evening of comedy, with the likes of Jason Manford and John Bishop all taking to the stage.

The shows take place live from the Royal Albert Hall in March.

The full list of confirmed performers so far are:

Tickets for the shows go on sale Friday 31st January at 9.30am.

Speaking about this year's shows, Daltrey said: "This is our 14th year at the Royal Albert Hall for Teenage Cancer Trust and I'm very happy to be back after handing the reins to Noel Gallagher for a year. The money raised is invaluable in helping young people with cancer, and in return for the public's hard earned cash we put on some very special shows."

Ed was actually tapped-up to play last year by Noel, but couldn't due to touring commitments.

He said: "I promised him and Roger that if they wanted me another time I'd be there, so here I am! I'm the same age as some of the people the charity helps and it’s a real honour to be asked. I hope we raise lots of money and awareness for Teenage Cancer Trust."

Earlier this week Ed Sheeran opened up about his new album, the follow-up to 2011's '+', and promised it will be released within "the next few months".