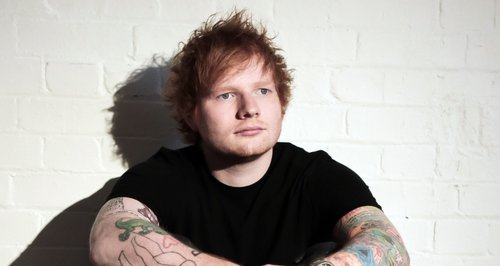 The 'Lego House' star reveals the trio went out for dinner together in London.

Ed Sheeran has revealed that Taylor Swift has given her approval for his super secret girlfriend.

The 'Everything Has Changed' star is in a relationship and says he took her out for a meal with his pop BFF Taylor recently and that it all went very well.

"We went for dinner in London," Ed told Us Weekly. "She likes her."

The 'Lego House' star has yet to reveal the name of his mystery girl, but has now revealed her job as a further clue about her identity.

"If someone did that to you, like legitimately, if someone sat you down like, 'Hey baby, I'll come play some', you'd be a bit awkward about it, right?" Ed added.

Earlier this week Ed unveiled the official music video for his new song 'All Of The Stars', taken from the soundtrack to new film The Fault In Our Stars.