Ed Sheeran And Selena Gomez Not Dating: "They're Just Friends"

The 'Lego House' singer has been linked with Justin Bieber's ex-girlfriend over the past week.

Ed Sheeran is not dating Selena Gomez according to a source close to the pair.

Reports this week suggested the pair were "hooking up", but this has quickly been quashed by an insider to E! News.

It was also claimed that Taylor Swift was the one who introduced the pair together as she is good friends with both stars.

Ed first sparked rumours of a collaboration between the famous stars after he was seen leaving her LA home with his acoustic guitar.

Check out the picture of Ed leaving Selena Gomez's house below: (Picture: Splash) 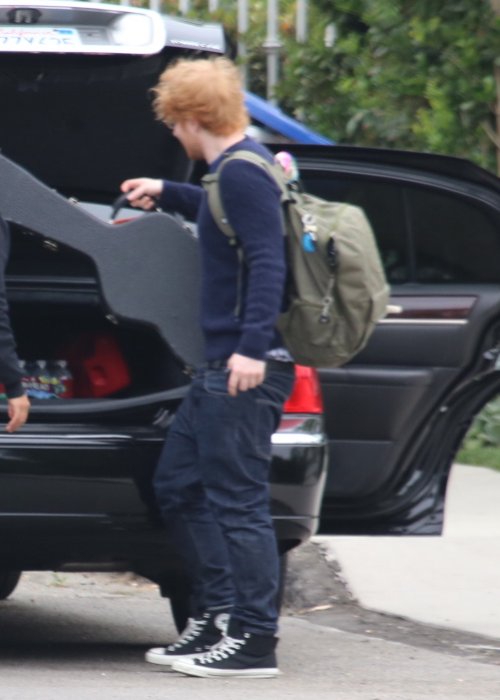 Speaking to reporters on the red carpet of the Canadian MuchMusic Video Awards 2013, the British singer downplayed the reports insisting he was simply there for a house party.

Meanwhile, Ed is busy working away on his new album and teased recording something really cool this week as he headed into the studio.