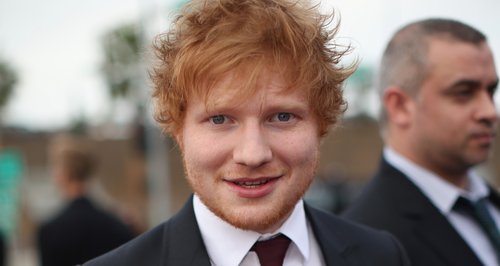 The 'I See Fire' star reveals he is on the set of a new music video this week ready for a single announcement.

Ed Sheeran has revealed he is filming a brand new music video today (12th February) for one of his new songs.

The 'Lego House' star announced the news on Twitter, but has yet to confirm the name of the new song or whether it will serve as an official single.

"Shooting a music video today. for one of my songs. oooooooooo," Ed teasingly tweeted this afternoon.

shooting a music video today. for one of my songs. ooooooooooo

Last week Ed joined Taylor Swift on stage in London for her 'Red' tour to perform with the US star, and joined her again on stage in Berlin last weekend to sing his The Hobbit soundtrack song 'I See Fire'.

> Check out 14 things to expect from Ed Sheeran's new album!

Ed Sheeran is set to announce his second studio album later this year, and recently revealed the album is almost completed.