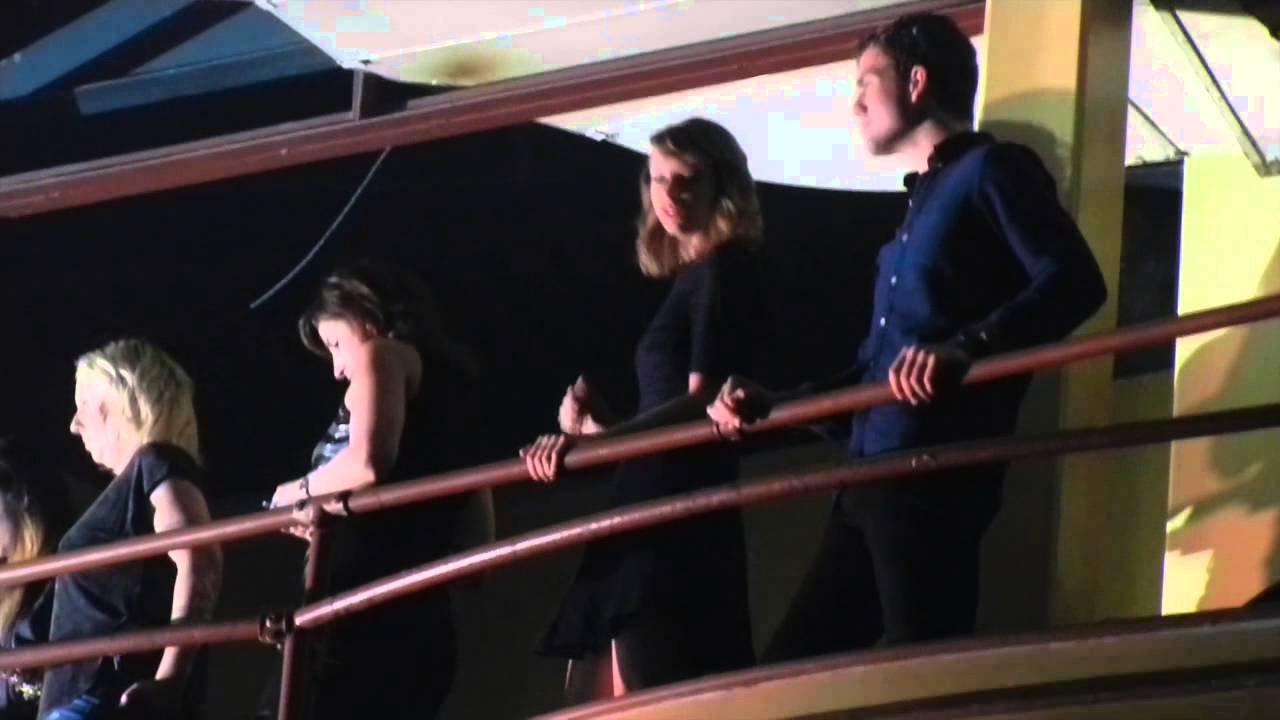 Taylor Swift dancing at the Ed Sheeran concert in NYC!

Plus your chance to listen to ANOTHER never-before-heard song from the 'Sing' superstar.

Taylor Swift dancing along to Ed's gig out in New York City is a MUST-SEE for any TRUE member of the Swifties or the Sheerios out there!

'Sing' star Ed Sheeran performed a sold-out show at New York's Hammerstein Ballroom over the weekend, and he made sure to treat fans in attendance with an exclusive performance of a never-before-heard song all while BFF Taylor watched from the crowd.

As well as powering through fan-favourites like 'The A Team' and his recent Vodafone Big Top 40 number one 'Sing', the UK singer debuted the hauntingly beautiful 'Photograph' as an ode to a girl waiting at home for her man to come back.

But it doesn't stop there on the good news front for all you Sheerios out there as the global superstar has released another heart-wrenching track called 'Afire Love' for you to download ahead of the release of new album 'X'.

Afire love is out now in the UK and other places. Out world wide at midnight in your country here - http://t.co/dyE9OcOLtb

Thankfully it wasn't all about tears and high emotion last night though as Ed made sure to cheer things up a bit when he posted a HILARIOUS snap of people wearing rain macs with his face emblazoned on them! #WantOne

Ed Sheeran's new album 'X' drops in just over a week (23rd June)… will you have learned the new song lyrics by launch day?