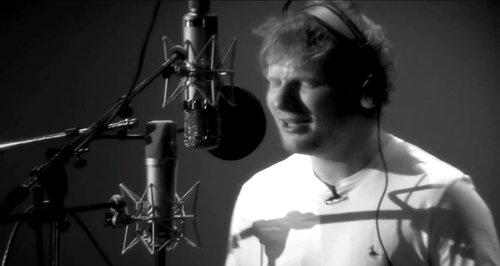 The British star recorded the track to accompany the credits of forthcoming movie The Hobbit: The Desolation Of Smaug.

Ed Sheeran has unveiled a music video to his new song 'I See Fire'.

The track was recorded to accompany the forthcoming Peter Jackson movie The Hobbit: The Desolation Of Smaug and will be played during the credits of the film.

The 'Lego House' man released the track this week and it has already broken into the iTunes top ten.

During the video, Ed can be seen in the studio recording the track with scenes from the film also breaking up the footage.

Watch the video to Ed Sheeran's new song 'I See Fire' below:

The track will not feature on the star's forthcoming new second studio album but is available to download now.

Ed also debuted two new tracks during his shows at Madison Square Garden this past week – where he was also joined on stage by Taylor Swift.