Ed’s rumoured to have become close with the Irish model recently – could love be on the cards for Mr Sheeran?

WATCH: Ed Sheeran Joined The Rolling Stones On Stage For A Duet And He Could NOT Believe It

Our favourite ginger musical god has reportedly been seeing Irish model Louise Johnston according to the Irish Mirror, and the pair have been hanging out together.

A source told the paper, "Louise and Ed have been friends for years but now they have become a lot closer. They are constantly in touch, even when he is on tour, but he is coming here soon for a gig in Dublin and they will be able to catch up then.

"Friends and family now know, so it is out there. Louise really cares about him and it's going very well.

"The fact Louise isn't a big star is helping things move along nicely. She is different to some of the girls he has been linked to. 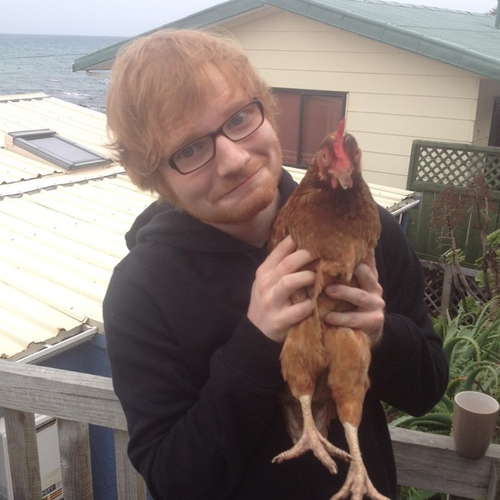 "She's known Ed since long before he was selling out stadiums and their friendship has built up over the years, so it's not as if Louise is a starry-eyed girl."

Is Ed Sheeran The Ultimate BFF Of Music? - He's Mates With EVERYONE!