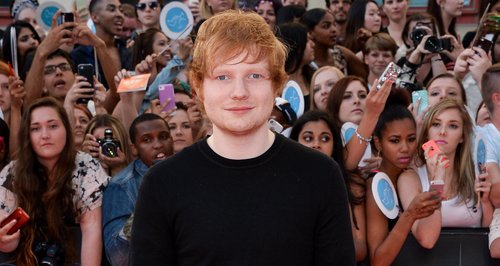 The 'Don't' star claims over 180,000 copies sold of his second studio record.

No surprises here… Ed Sheeran's album is a certified HIT with fans!

The 'Sing' superstar can now add another accolade to his career after picking up the fastest-selling album of the year so far.

The feat means he has overtaken Coldplay's 2014 release 'Ghost Stories' to pick up the fastest-selling record of this year to date, bravo Ed!

As well as claiming the number one spot on the album chart at the weekend, Ed's album tracks have dominated the Vodafone Big Top 40 chart for the past two weeks.

It seems you are all seriously loving Ed's work… and that 'X' is an undeniable hit!

Over the weekend Ed's exclusive live session for Capital aired on Max's Sunday show, where he performed brand new tracks from the album.

The UK singer-songwriter also treated fans to an amazing surprise cover of 5 Seconds Of Summer's hit single 'She Looks So Perfect'.