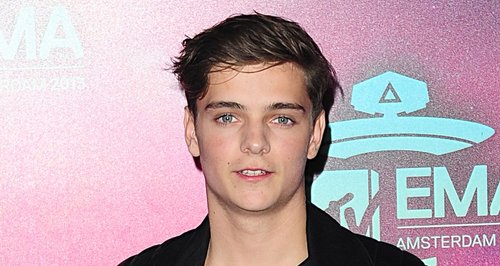 The 'Animals' star has teamed up with the 'Lego House' man on a new track.

The track is yet to be completed, revealed Garrix – who also said it needed to be run by their label before it sees the light of day.

Martin was joined by Scooter Braun for the event and label representative Eelko van Kooten for the press conference and also discussed album plans revealing there would be a steady stream of single releases throughout the year.

Meanwhile, the singer is currently riding high in the Vodafone Big Top 40 with his latest single 'Wizard'.