CONGRATS ED SHEERAN! Watch Us Present Him With An Award To Mark His Album Sales

The 'Lego House' star is given a plaque to mark his HUGE sales and radio success over the year.

The Jingle Bell Ball is always a special time for Capital and the artists playing the show, but we wanted to make it EXTRA special for Ed Sheeran at this year's event.

The 'Thinking Out Loud' star, who played day two of the Capital Jingle Bell Ball 2014 with Morrisons.

During his interview with Capital's Dave & Lisa backstage at London's O2 Arena on Sunday (7th December), we presented Ed with a plaque to commemorate one million sales of his album 'X' as well as 1.1 billion radio impacts across Global. WELL DONE, ED!

Hit play on the video above to see the moment Ed was presented with the achievement plaque! 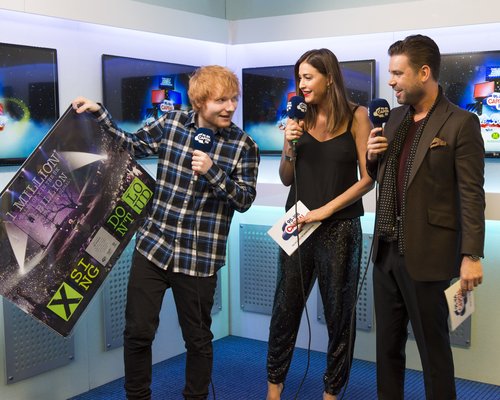 If you missed Ed Sheeran's AMAZING performance at the Capital Jingle Bell Ball 2014 with Morrisons then hit play on the video below or click here to see them ALL!