The 'Small Bump' singer adds to his ever-growing collection of inkwork this week.

Ed Sheeran has unveiled his latest tattoo which features a "family tree" on his arm.

The 'You Need Me, I Don't Need You' star showed off his latest design on his Instagram page during the early hours of this morning (21st June).

He wrote: "Got a family tree I did," alongside the image. 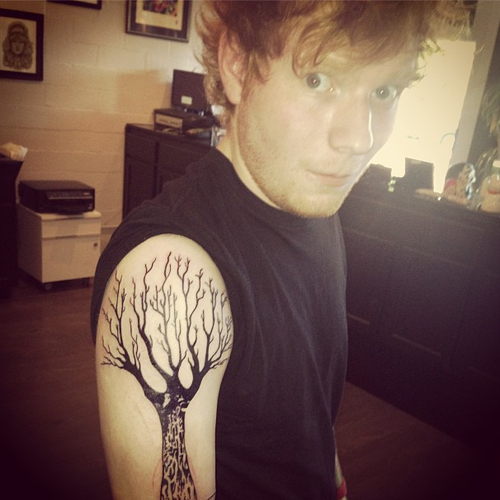 It was claimed Taylor Swift first introduced the pair – however new reports have surfaced that the pair are just friends.

Ed was first seen leaving her house last week with a guitar in hand – fueling talk of a collaboration.