Ed Sheeran And Demi Lovato Tweet About Recording A Song Together 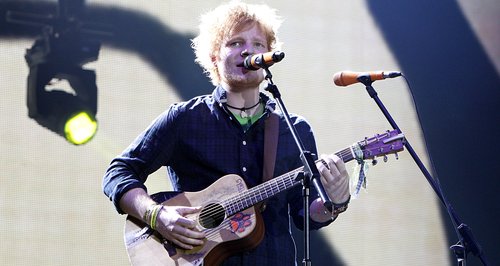 Sheeran reveals he is keen to write a song with the 'Heart Attack' star.

Ed Sheeran and Demi Lovato have discussed the possibility of recording a song together.

After Lovato revealed the 'I See Fire' star as one of her dream collaborations on Twitter, Sheeran responded with the offer of penning a track together.

@ddlovato let's write a song then !

Lovato later revealed more stars she'd like to team up with, including Rihanna, Sia, Christina Perri and Beyoncé.

Meanwhile, Sheeran is currently promoting his new single 'Sing', which was produced by Pharrell Williams as is released on June 1. His second studio album, 'x', follows on June 23.

Lovato's 'Neon Lights' world tour arrives for a single date in London on June 1, while Sheeran is currently touring across Europe before playing Scotland's T In The Park festival on July 11.