The 'Don't' superstar chats to us ahead of tonight's BRITs about what he's got planned.

Ed Sheeran's got a VERY cool treat in store for fans tonight, as he's playing a special longer version of his latest single 'Bloodstream' at the BRIT Awards 2015!

The 'Sing' superstar stopped by for an exclusive chat with Dave Berry & Lisa Snowdon backstage at London's The O2 ahead of the BRITs tonight (25th February), where he gave us the official confirmation he'll be playing his new 'X' single on stage later on.

"I mean, I've got a performance so I'm going to focus on that!" Ed told us, when asked if he's nervous about his BRITs nominations, before confirming his 'Bloodstream' performance. "Yes! it's a longer version!

"Performing for me is the bit that I really enjoy, the bit that I hate is sitting there and waiting to see," he added. "It should be a celebration of everyone." 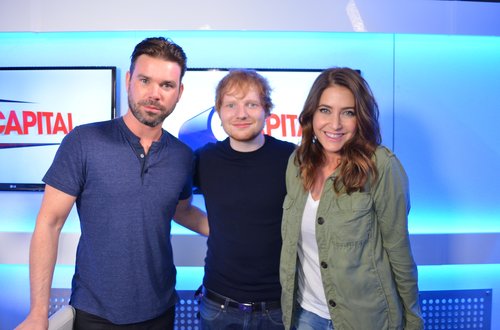 Catch ALL the BRIT Award 2015 action in our LIVE blog on Capitalfm.com and on air from 4pm today!

BRIT Awards 2015: 16 Things You NEED To Know About This Year's Show

BRIT Awards: 19 Most Memorable Moments Ever