“I Think I’m Oversaturated”: Ed Sheeran’s Only Going To Call His Mum While On His Break

He has been working damn hard in the past few ears, but Ed’s going off into the wilderness to have some time off soon!

Ed Sheeran has BIG plans for his time off next year… but don’t expect to hear from him for a while, he’s going rogue - and the only person he's going to be calling is his mum!

Say It Isn't So? Ed Sheeran Says He WON'T Be Writing A Song For One Direction's New Album!

"Plus I’ve got my own single on the radio, plus I’ve had ‘Thinking Out Loud’ being smashed every five minutes on radio, so I feel like everyone is like ‘OK, go away for a bit, come on’ so I’m going to step back. What I’m going to do is switch off my phone and buy a Nokia 3310 with my mum’s number on it and then just go wherever in the world and just be human for a bit."

Ed's previously said that from the start of 2016 he’ll be going ‘off into the wilderness”, ditching his phone, staying off the Internet and just relaxing. Woah, this is serious, guys!

“My plan is to get rid of my iPhone, get rid of Internet, get a Nokia 3310 and just go off into the wilderness somewhere for a bit. Even if it’s just a month without contact with other people,” Ed revealed to MTV News.

The singer features on Rudimental’s brand new single ‘Lay It All On Me’ and has confirmed it’ll be his LAST new song for quite a while, so make the most of it!

"I’ve just got to a point where I just don’t want to do that anymore and that’s my life and my career,” he explained, about being constantly on his phone answering messages. “But when I’m in my time off and I don’t have to do it, I’m just going to get rid of it.” 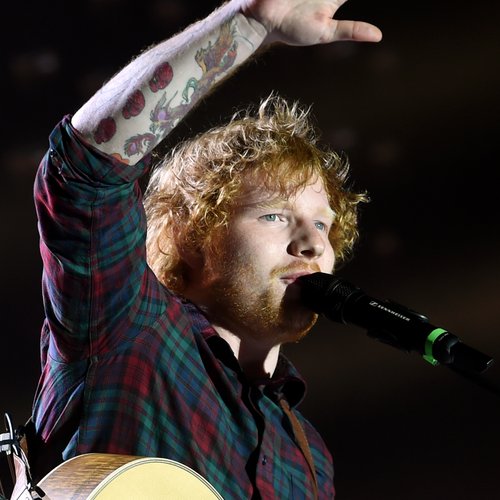 We reckon you deserve a nice long break after the year you’ve had, Ed. Just… don’t make it TOO long of a break or we’ll miss you!