The 'Crazy In Love' star relaxes in the Big Apple in the new Instagram picture.

Beyonce has posted a new picture to her Instagram account as she relaxes in the driver's seat of a New York taxi.

The 'Love On Top' singer can be seen with her feet hanging out of the window and is wearing a pair of sunglasses in the new snap.

The 'Countdown' star was also pictured by passers by in the City carrying daughter Blue Ivy as wandered around the streets.

The singer has posted several playful shots to her social networking accounts in recent weeks as she continues work on her new album.

The star surprised fans last week when she unveiled a new song called 'Bow Down' online.

Check out the picture of Beyonce posing in a New York yellow taxi below: 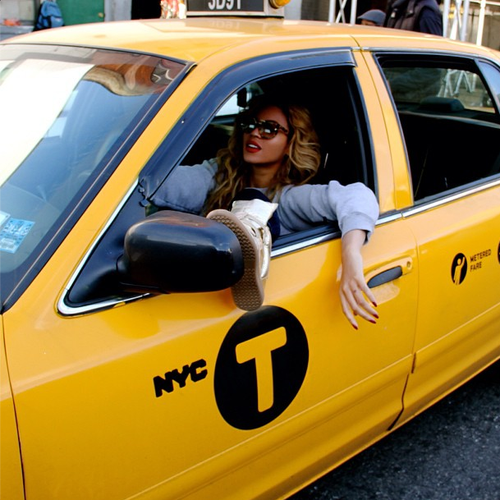 The track has received mixed reviews from fans of the star and Nicole Scherzinger told Capital that she wasn't sure what to make of the aggressive song.

The former Pussycat Doll insisted she was sure that there would be more great music to come from the Destiny's Child singer and her latest release "humanized" her.