The 'Crazy In Love' singer adds new dates in Australia and New Zealand to her latest outing.

Beyonce has once again extended her 'The Mrs. Carter Show' world tour with new dates in Australia and New Zealand.

The 'Love On Top' singer recently added shows in Latin America to the outing and will now perform a further six shows later this year.

The new tour dates call at the Vector Arena in Auckland on 18th October and finish at the Perth Arena on 8th November.

The US star had a triumphant run of gigs in the UK earlier this year and even shared a moment with The X Factor former champion Joe McElderry after getting him to sing with her. 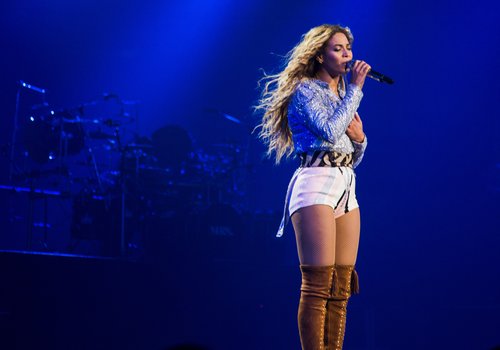 Check out the newly unveiled dates for Beyonce's 'The Mrs. Carter Show' world tour below:

Meanwhile, the Destiny's Child singer reportedly failed to show up at the wedding of her father Matthew – as did sister Solange.