The 'Crazy In Love' star has come under fire from the Vegetarian singer at his recent show in Los Angeles.

Beyonce is the latest star to fall victim to comments from famous vegetarian Morrissey.

The 53 year-old singer told the crowd at his recent show in Los Angeles that the Destiny's Child star's choice of handbags is leading to the extinction of the rhinos.

The female star's footwear has also upset animal campaign group PETA after it was revealed some of her footwear has used skin from such animals as snakes and stingrays.

"These custom-made kicks come with a high price - and it's paid by the various animals who were beaten and skinned alive or cruelly farmed and killed," a spokesperson for the group told the Daily Mail.

"Although most people aren't as familiar with the types of animals killed for this single pair of sneakers as they are with the cats and dogs we share our homes with, these animals are highly sensitive living beings who try hard to avoid capture and suffer enormously when trapped, netted, speared and skinned alive." 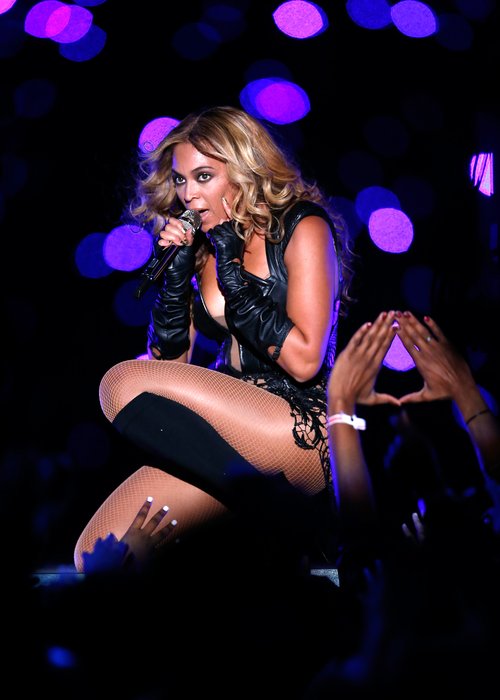 PETA added: "We hope that Beyonce will choose to wear more clothes from her own clothing line - which features faux fur - and that one day she'll go completely cruelty-free."

The items were made by a company called PMK who insisted that: "No animals were beaten, harmed or killed in the development and crafting of the sneakers."

Watch a video of Morrissey speaking about Beyonce's handbags wiping out the rhino below:

"She can always choose the cruelty-free and 'green' fashion favoured by compassionate, chic celebrities such as Natalie Portman and Anne Hathaway and designers such as award-winning fashion queen Stella McCartney."

It's not the first time PETA have criticised Beyonce this year, after her Super Bowl halftime show outfit was slammed for containing python and iguana skin.