The US First Lady was said to have been watching the 'Crazy In Love' singer in action this week.

US President Barack Obama's wife Michelle and the couple's two daughters Malia and Sasha were apparently in attendance for Beyonce's 'The Mrs. Carter Show' tour concert in Chicago this week.

The 'Love On Top' star was performing at the United Arena in the Windy City on Wednesday night (17th July) when some eagle-eyed fans noticed the famous faces at the gig.

One wrote on Twitter: "So I went to see Beyoncé... Michelle Obama and the girls were right below me! Secret Service agents all around!"

The First Lady is good friends with Beyonce and has often spoken of her admiration for the Destiny's Child star. 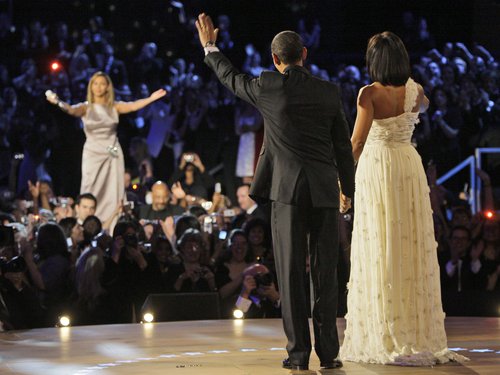 The 'Bow Down' singer will be back on stage tomorrow night (20th July) at Auburn Hills.