The 'Crazy In Love' singer is honoured for her performance at the NFL event back in February.

Beyonce has picked up for the first of this year's Emmy Awards for her halftime performance at the Super Bowl.

The 2013 event will not take place until 22nd September, but the 'Love On Top' star picked up on early gong.

Her performance, which also featured a medley with her Destiny's Child bandmates, managed to get three nods when the shortlist was announced, and she and her team won Outstanding Lighting Design/Lighting Direction for a Variety Special.

It was recently confirmed that Bruno Mars will be taking up the mantle of following on from the singer at the 2014 NFL event. 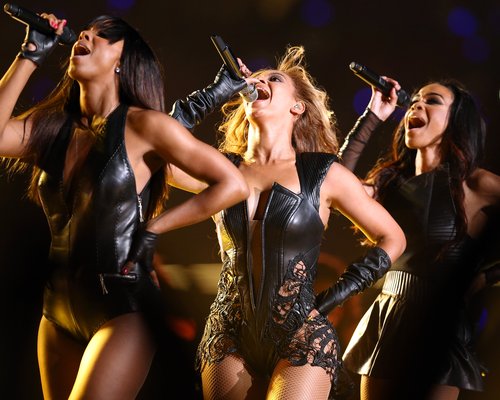 Meanwhile, Beyonce is currently still on her 'The Mrs. Carter Show' world tour.

She also received a nod for Best Live Act at the MTV Europe Music Awards 2013 – which were announced this week.