Hang On A Second...Are Destiny's Child About To Confirm A Reunion?!

Incase you missed it. Destiny's Child have a brand new official Instagram and it is fuelling a LOT of rumours.

It goes like this. EVERYONE loves Beyoncé. That is just a fact at this stage. However everyone is IN love with Destiny's Child. And people will be pleased to know that the almighty trio might be reuniting quite soon!

As if from nowhere a Destiny's Child Instagram sprung into life about 5 days ago and it has started to post some sassy press shots of Kelly, Michelle and Beyoncé.

Destiny’s Child released ‘#1’s’ on this day in 2005! This career-spanning compilation includes all their biggest singles plus new tracks “Stand Up for Love,” “Feel the Same Way I Do” and Beyoncé’s “Check on It.”

“Girl” became the fifth Destiny’s Child single to earn a gold record from the RIAA on this day in 2005. #destinyschild #dc #girlgroup #girl #rnb #destinyfulfilled

HOW insanely cool do they look even TEN years on?! They could easily get away with those outfits in this day and age (then again this is Queen B we're talking about).

Their last album (and fourth in total with Columbia Records) 'Destiny's Fulfilled' was released back in 2004 and there have been whispers that the ladies have still in fact yet to see out their fifth and final album from the record deal. Add to that, that next year will be the group's 20th Year Anniversary, it is just all adding up to one big happy coincidence (or not).

WATCH: Fifth Harmony Have Just Channelled ALL The Sass With This 'Destiny's Child' Medley! 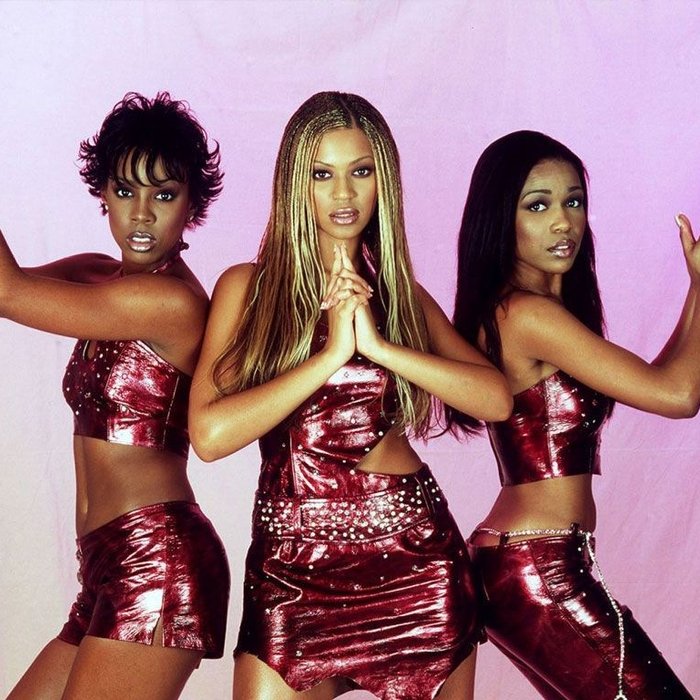 Of course the news has sent Destiny's Child fans into a complete meltdown on Twitter! You can't really blame them can you...

So @destinyschild just got an instagram account + all three of them were spotted going out together twice in a week = reunion?

I'm here for a @DestinysChild reunion. They still owe @ColumbiaRecords one more album.