What's better than fashion that you can actually eat with a splash of milk in the morning. NOTHING!

If you needed stone cold evidence that Queen B has the most devoted fans in the world then we've just found it. 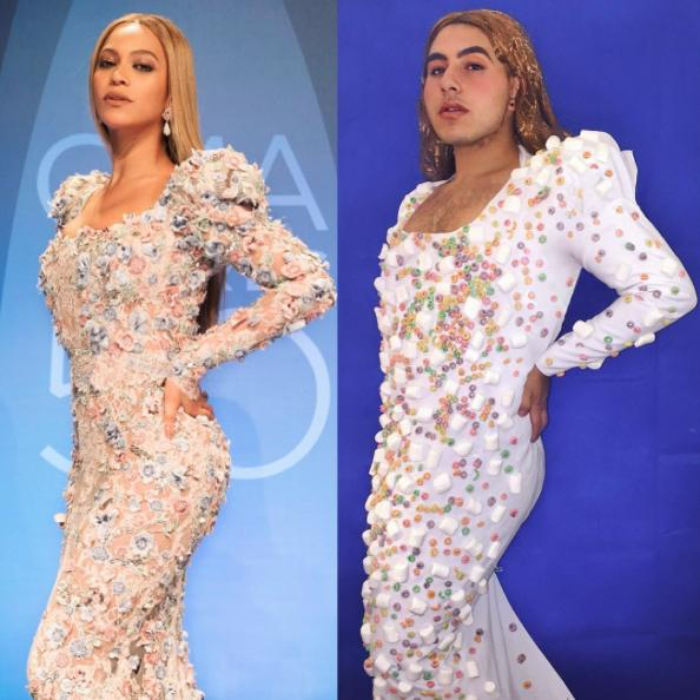 Mina even tweeted his step-by-step process of how he made the gown. Just incase you have a few Shreddies left over in the cupboard.

So I made this Beyoncé dress out of marshmallows and fruit loops pic.twitter.com/OrOPLTycZq

WATCH: Beyoncé Rips Her Earlobe And Still Performs Like A Boss. Proof She Is A Certified Hero.

Bey made a surprise appearance at the Country Music Awards last week, teaming up with the legendary Dixie Chicks for an unforgettable performance that left people sarcastically hailing B as the best country star ever.

Inside The Glamorous Transformations Of The Selling Sunset Cast