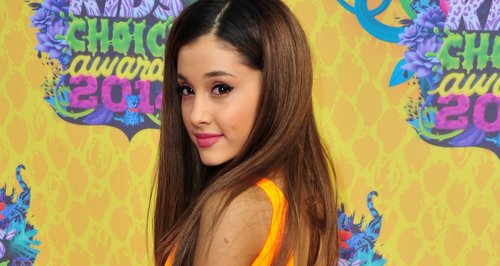 It's a sad day for all you #Arianators and #Beliebers out there. So brace yourselves… this is going to HURT!

Ariana Grande's just revealed that not only is her Justin Bieber team-up not coming anytime soon, but that it's not even FINISHED yet! *GASPS*

Unfortunately the 'Problem' superstar says when she and the Biebs hit the recording studio earlier this year to lay down their sure-to-be-a-fan-favourite collaboration, they ended up getting sidetracked by other work and didn't finish the track.

"We were working on it, we were in the studio together," Ariana told Press Association this week. "We were going to do it, but then we both got busy.

"I had to focus on my stuff and he was focusing on his, and it sort of didn't really get done," the US star sadly revealed. "We feel like we owe it to our fans to do something one day."

Phew, so don't panic JUST yet guys as Ariana has vowed that the pair will get the track done and put out there… one day!

"We will finish it and put it out one day, but it just wasn't the right time," Ariana added.

But it's not all doom and gloom as Ariana has JUST joined Jessie J and Nicki Minaj on new track 'Bang Bang', revealed last week, which you can listen below...

> PLUS… Relive Ariana Grande's Changing Style Through The Years!