May The Force Be With You! Ariana Grande Reveals 'Star Wars' Themed Song Lyric Video

Seems like Ariana Grande's got Skywalker-Fever… because she's paid tribute to Star Wars in her latest video!

The 'Problem' superstar unveiled the song lyric video to her new track 'Break Free' this week, which is an homage to the iconic opening credits to George Lucas' Star Wars film franchise.

Clearly Ariana's just as excited as everyone else about the new Star Wars films in the works, that see original cast members like Harrison Ford, Mark Hamill and Carrie Fisher back in their iconic roles.

'Break Free' is set to be the NEXT track to be lifted from Ariana's brand new album 'My Everything', after the US superstar hit the top spot on the Vodafone Big Top 40 with her Iggy Azalea team-up 'Problem' last month. 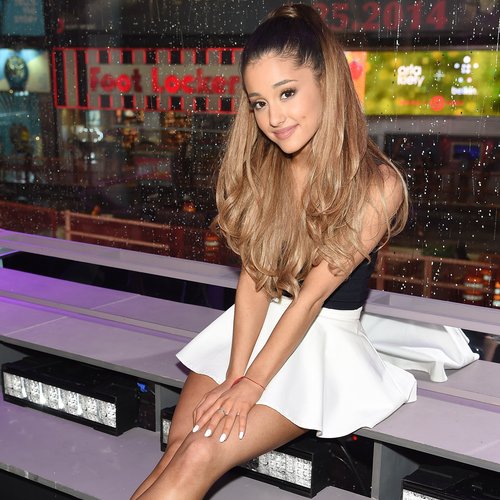 And just in case you missed it… Ariana's the FIRST confirmed performer for the MTV Video Music Awards 2014 this summer!

May the force be with you indeed!

> Want to know what Ariana's team-up with Harry Styles sounds like? We've got you covered!

> PLUS... check out Ariana Grande: Through The Years!