"Diversity Is Sexy!" Ariana Grande Is NOT Happy With All The Body-Shamers Out There!

Ariana isn't pulling her punches anymore - if you're trolling people online she WILL stop you.

Go, Ari! ‘Problem’ star Ariana Grande has let RIP in an online post about body shamers - calling them out and giving her fans a BIG self-esteem boost in the process.

"So Proud Of You!" Ariana Grande's New Song 'Focus' Got First Capital Play & You LOVED It

The lady took offence after spotting a tweet comparing her to Modern Family star Ariel Winter and criticising her for her svelte physique. Ariana decided ENOUGH is enough… and made her feels known on social media!

“Tweets, comments, statements like this are not okay. about anyone!!” Ariana posted. “We live in a day and age where people make it IMPOSSIBLE for women, men, anyone to embrace themselves exactly how they are.

“Diversity is sexy! loving yourself is sexy! You know what is NOT sexy? Misogyny, objectifying, labelling, comparing and body shaming!” she continued. “Talking about people’s bodies as if they’re on display ASKING for your approval / pinion. THEY ARE NOT!!!

“CELEBRATE YOURSELF. CELEBRATE OTHERS. The things that make us different from one another make us BEAUTIFUL,” Ariana finished.

Woah… OK we’re officially much more scared of Ariana now than we’ve EVER been before, but you’ve got to admire the lady for standing up for herself and everyone else out there. 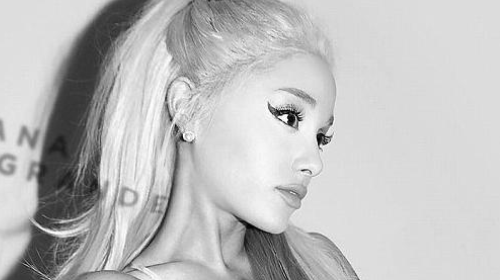 Ariel Winter clearly read Ari’s message loud and clear and took to Twitter to back her up too - the sisterhood is strong with these gals!

here we go again.... Sure I'm not the only 1 feeling this way today!! in case you need a reminder, you're beautiful pic.twitter.com/OPQIgzroEI

Thank you @ArianaGrande Women should empower one another.Celebrate each other- you're all beautiful. https://t.co/FpmCmB0K5W

“The feeling is 10000% mutual gorgeous @ArianaGrande,” Ariel tweeted. “Thank you @ArianaGrande  Women should empower one another.Celebrate each other- you're all beautiful.”