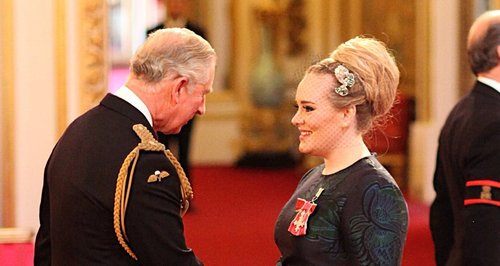 The 'Someone Like You' star was presented with the honour this week.

It was confirmed back in June that the 'Rolling In The Deep' star had been included on the Queen's Birthday Honours List this year and was set to receive the MBE for her services to the music industry.

Check out a picture of Adele picking up her honour from the Prince Of Wales below (Credit: PA):

Adele picked up her MBE in person this morning from the Prince Of Wales, wearing a dark turquoise dress for the occasion.

The UK singer-songwriter has kept a low profile in 2013 since the birth of her son in November 2012, but is expected to announce details about her third studio album next year.