This Week's Most Asked Question: Will Zayn Malik Be At The VMAs?

So with the VMA's coming up this Sunday, there's only ONE question everyone's asking... will Zayn Malik make an appearance, and even possibly perform?!

Zayn is yet to release music of his own since splitting from One Direction in March, however fans are speculating that we could possibly see a newly solo Zayn drop his first single on stage of the MTV VMAs, this Sunday.

So we've broken it down, and are asking you COULD this rumour be true?

The rumours started after Zayn appeared in this advert apparently released by MTV...

VIDEO || Zayn appeared in the VMAs commercial on MTV alongside with his mortal enemy Calvin Harris. (© ZaynJMNews) pic.twitter.com/9SMKuuDwxf

Which sent fans into an absolute frenzy!

ZAYN IS APPARENTLY GOING TO PERFORM HIS NEW SINGLE AT THE VMAS! THAT IS WHY HIS FAMILY WILL ALSO BE ATTENDING

Although saying that, Zayn's supposedly not got a seat...(Pretty sure the organisers could find him one if he fancied coming!)

So the VMAs has put out pictures of where the celebs are sitting, there's no sign of Zayn, so who knows what will happen.

For some fans, he doesn't even need to perform (although it'd be pretty sweet if he did).

Zayn doesn't even have to perform at vmas. He could just stan on the stage for 20 minutes doing nothing and I'd feel blessed. <3

Got something exciting coming soon :)!

Could Miley be sat in Zayn's seat...? 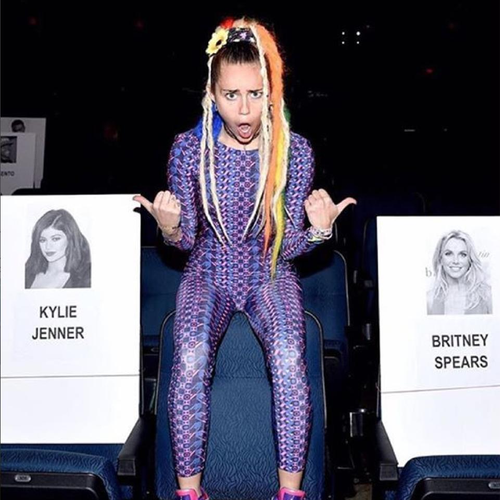