Zac Efron Is A Life Guard, Dreams Do Come True! Zac Is To Star In 'Baywatch' The Movie

If there was a role Zac Efron was ever born to play, it's this one. Get ready ladies (and gents) for some SERIOUSLY shirtless Efron action in new movie 'Baywatch'!

Zac Efron has confirmed via Twitter that he will indeed be starring alongside Dwayne Johnson in the movie adaptation of the tv series, 'Baywatch. Zac tweeted his excitement to his co star The Rock, saying "[i'm] so stoked brother - baby oil for 2 plz"... Baby oil!

The movie will be an adaptation of the hit TV series, which ran from 1989 to 2001 and starred David Hasselhoff along with Pamela Anderson. The Paramount production has reportedly been in negotiations for some years, however is now set to go into production in 2016 directed by Seth Gordon. 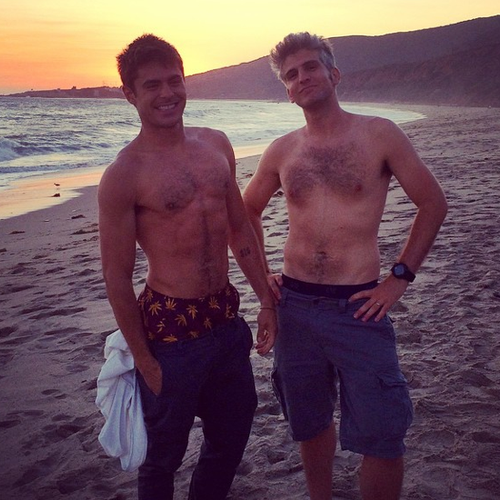 'The story follows a veteran lifeguard (Johnson) who is forced to team up with a younger lifeguard (Efron) to save the beach from an environmental disaster' The Wrap reports.

In addition to Zac, The Rock has taken to Twitter to tease just WHAT exactly we can expect from the movie.

Shirtless heaven and bikini dreams. And some good ol' fashion "this is my beach bitch" RATED R humor. #BAYWATCH https://t.co/0PMv3lzYCO

The Hoff sings for Capital.