See the talent and passion of The X Factor 2016 contestants live on stage next year.

The X Factor 2016 Live Tour dates have just been announced, as some of the show’s BIGGEST contestants will head up and down the country to perform at all of the best venues for your viewing pleasure.

The tour is set to kick off in early February 2016 and run across February and the start of March to bring the excitement and magic of The X Factor UK from the living room to the stage.

Tickets for The X Factor 2016 Live Tour are on sale NOW and you can buy them through the link below:

Check out the full dates on The X Factor 2016 Live Tour below: 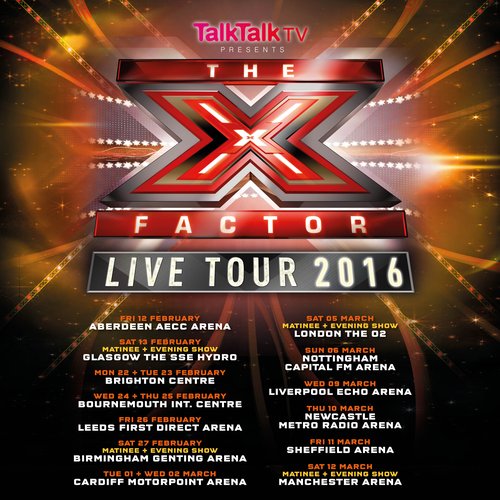