You Guys Were All Kinds Of 'In2' WSTRN As They Smashed Their First Ever JBB Performance!

It was their debut #CapitalJBB performance but WSTRN rocked the 16,000 strong crowd like total pros!

It may have been their first time taking to the stage at Capital's Jingle Bell Ball with Coca-Cola. but WSTRN absolutely smashed it with their hit song 'In2' at London's O2 Arena. 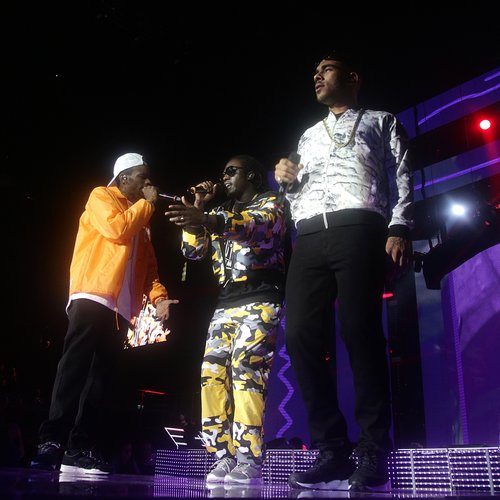 It was undoubtedly the biggest performance of their career so far, but the West London collective took it all in their stride, and got all 16,000 people in the audience dancing as they performed their breakout hit - and we certainly saw some moves from the crowd!

'In2’ has already racked up an impressive 8 million video views after charging up the Shazam Urban UK chart top 10 shortly after they released it on YouTube, going on to secure a top 5 position on the Vodafone Big Top 40 chart - no mean feat for a debut single!

They've only just burst onto the music scene in 2015, but we're already looking forward to what WSTRN have got in store for us when they release their debut album next year - and they've already proved they're a force to be reckoned with when it comes to performing in as iconic a venue as London's O2 Arena!

WSTRN totally got the crowds going - and they loved it!

WSTRN were so lit!!!