Tyga’s car got taken and despite Kylie Jenner claiming it was an elaborate prank on her part, the real story behind what happened is confusing AF.

He’s been chased by his former landlord and jeweller for unpaid debts, and it looks like Tyga’s fallen behind on his car payments too – as his Ferrari got repossessed and driven away... and the real story behind what actually happened is confusing AF.

The story started last week when reports suggested that Tyga had driven his girlfriend, Kylie Jenner, to a Bentley dealership in Calabasas in the Ferrari to look at a new motor… and while the car was parked, the repossession men came along with a spare key and took it away.

According to TMZ, soures at the dealership say that the repo men “showed up armed with a spare key for the Ferrari, jumped in, started it up and headed down the nearest freeway" after Tyga missed a couple of payments on the lease for the car “and the lessor wasn't taking any chances.” 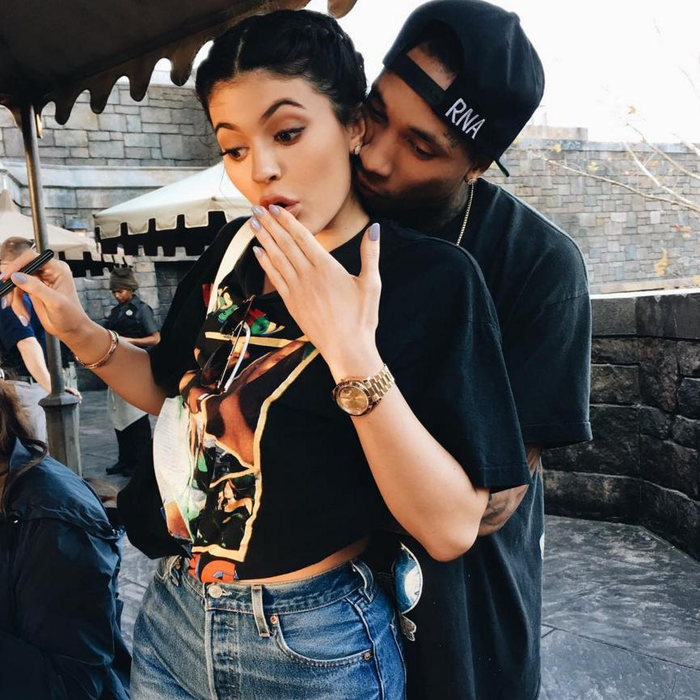 However, Kylie later called out the rumours as false, stating that the whole thing was an elaborate ruse - and that Tyga wasn't even with her at the time - and she got a friend to drive the car away so she could surprise him with a brand new Bentley.

Kylie posted a whole Snapchat video about it, and Tyga posted his own snap of the gift with the caption "When ur lil baby cops u the Bentley truck and hides your Ferrari. Guess I can't be mad."

However... the plot continues to thicken as it turns out the car WAS repossessed - in the most confusing story ever - and Tyga has now had it returned to him after paying off his debts.

According to TMZ, a source claimed, "Some dude leased the Ferrari, but the car is so rare, he could only do it if he bought another car from the dealership that wouldn't be available for six months. The guy struck a deal with Tyga, who agreed to take the Ferrari and make the lease payments until the other car became available, and then he'd return it.

"Tyga supposedly then paid the down payment to the middle man, but the money never got to the dealership. The guy who leased the car got p**sed off and followed Tyga and Kylie to a Bentley dealership, where he took the law into his own hands and repo'd the car in the lot."

Are you keeping up? No? Us neither, tbh.

Anyway, Tyga then apparently got his lawyer to threaten the guy who took the car back with legal action, so he gave the car back to Tyga for him to drive for a few months. Phew.

He Finally Paid Off His Debts To His Old Landlord – Now Tyga Owes His Jeweller $200,000!