Strictly Come Dancing has already been hit with a romantic controversy - after Seann Walsh was spotted kissing married dance partner Katya Jones - but now YouTuber Joe Sugg has spoken out about whether he and dance partner Dianne Buswell will couple up.

Dianne split with Emmerdale actor Anthony Quinlan just last week and at the time there were rumours that her growing closeness to Joe could have played a part in the couple's split.

Speaking to a tabloid about whether he and Dianne would be entering into a Strictly romance any time soon, Joe answered, "No, I don’t think so. I haven’t got time."

Choosing not to close the door on a potential relationship after Strictly Come Dancing is over, Joe added, "But after the show finishes we’ll stay friends", proving that the couple's friendship is certainly a strong one.

Since being announced as one of the contestants on Strictly Come Dancing, Joe has featured Dianne in a video on his YouTube channel, whilst also uploading a number of pictures of the pair to his Instagram account.

At the time of their split, Dianne and Anthony had been dating for almost a year and a rep for the couple released an official statement confirming the split.

Speaking to Metro.co.uk, a rep for the couple confirmed, ‘Due to their busy schedules and distance they have split but still remain really close friends’, whilst both Dianna and Anthony decided to remain silent about the split on social media. 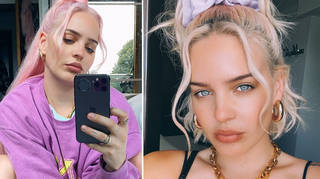