The Riverdale cast have revealed just how shady they can be, when Cole Sprouse and KJ Apa started hilariously beefing about who could take who in a fight before the whole cast got involved...

Riverdale's Cole Sprouse and KJ Apa, AKA Archie Andrews and Jughead have started a savage Instagram war with one another, and now, the entire cast wants a piece of the action and it's pure comedy.

It all started which all started with KJ posting a throwback meme of the pair as teenagers, claiming he would have 'crushed' Cole at age 17.

Man... I would have absolutely crushed you at age 17. Crushed. @colesprouse

But as many people know, Cole and his twin brother Dylan had already become known around the world from their Disney show The Suite Life Of Zack & Cody, and Cole wasn't about to sit back and take such shade when he was such a lil' teen star and clapped back with a seriously shady comment.

The burn was so real that fellow cast members Lili Reinhart, Madelaine Petsch and Vanessa Morgan couldn't help but get riled up and ready to join in the carnage. 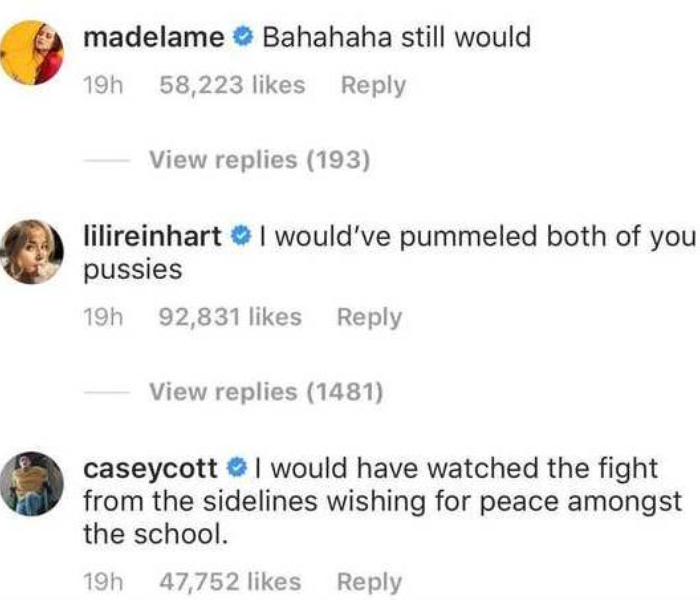 Just when we thought nothing could ever be more dramatic then Riverdale, here's the cast of the show IRL creating their very own soap opera, and we love it almost as much as Lorde does...

Download Our Brand New App For All The Latest Riverdale News