Netflix's The Kissing Booth actor and leading man, Joel Courtney, is officially off the market after he popped the question to his girlfriend, Mia Scholink.

The lovebirds got engaged on Valentine’s Day and they both took to Instagram to share snaps of the special proposal.

24-year-old Joel shared a picture of him getting down on one knee, with the caption: "I like it, so I just had to go and put a ring on it.

Following it up with a romantic pic of the pair, he added: "Like I said, so much more to come!!! This woman right here, lemme tell you a lil bit about her [sic].

"She is kind, patient, hysterical, forgiving, so beautiful she makes my heart stop, honest, and joyful. I love you @mia_scholink and I am so blessed to have you as my fiancé.”

Mia also gushed about her beau, penning: "ENGAGED to my best friend!!! Can’t wait to marry you @joel_courtney.”

The happy couple were flooded with well-wishes congratulating the engagement and Courtney’s Kissing Booth co-star, Joey King, was amongst the comments.

She wrote: "CANT WAIT TO BE THE RING BEARER!!!!!!!!!!! No but for real, I'm so happy for you two, you're going to build the most beautiful life together. Cheers to your love.”

Joel and Mia have been dating since 2017 - a year before the first instalment of the Netflix movie came out.

Joel and Joey are set to reprise their roles for the sequel, which was announced last year.

There release date is yet to be confirmed but filming finished in August 2019, so fingers crossed it will drop at some point in 2020!

> Download Our App For All The Latest Celeb News. 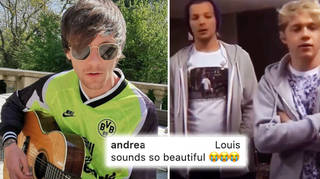 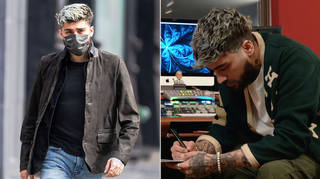