Netflix are trying to boost the lack of festive spirit in 2020 by releasing new film Holidate two months before Christmas – and as it stars Emma Roberts and Luke Bracey, a lot of viewers have watched it already.

Holidate has an all star cast alongside Emma and Luke with Jessica Capshaw, Jake Manley and King Bach here to put a new spin on age-old romcom formats with the help of Ryan Gosling references and a failed Dirty Dancing recreation.

Sloane (Roberts) and Jackson (Bracey) hate the holidays and constantly find themselves single, so when they bump into each other one Christmas they make a pact to be each other’s “holidate” for every occasion in the year.

Obviously they get along swimmingly and have us all rooting for them to get together by the end of it, but for the sake of Christmas spirit there are no spoilers here.

Hours after it became available to stream, Holidate was already being branded “the new comfort film.”

“I'll just be spending the day watching #Holidate on Netflix for the plot," One viewer sarcastically tweeted with a string of pictures of a smouldering Luke Bracey.

One person even confidently dubbed it: “Kind of Emma’s best movie.”

i just finished watching holidate and omg it was hilarious also EMMA LOOKED SO GOOD pic.twitter.com/CK019AWEzU

I'll just be spending the day watching #Holidate on Netflix for the plot.

Another even went as far to say: “One of the best romantic comedy movies.”

“Holidate was actually so good and fun to watch and emma looked so good in her outfits. a serve. now go watch it besties [sic],” urged a fourth.

While some said they were tuning in for Jessica Capshaw and Jessica Capshaw only, fans quickly fell in love with Emma’s character Sloane too, for her impeccable outfits and relatable hate of all things festive.

Holidate is streaming on Netflix now. 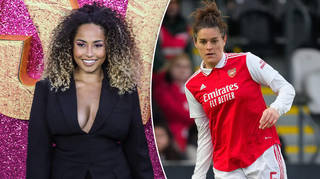