Biggest After We Collided Questions Answered

After We Collided is just the second instalment in the After film franchise, but it’s ignited a lot of questions about what’s to come for Hardin and Tessa.

After We Collided hit cinemas earlier this year but the third, After We Fell, and fourth, After Ever Happy, films are already under production.

The After movies are of course based on the books by Anna Todd, but the team have stuck very closely to the novels and author Anna has even joined the scriptwriting team to ensure the stories don’t veer too far from the books.

Hardin (Hero Fiennes Tiffin) and Tessa (Josephine Langford) have a tumultuous relationship but the drama of the romance is that they can't keep away from each other.

However, for those who can’t wait for films three and four we’ve answered some of the biggest questions that are to come after watching After We Collided.

*** Major spoilers for all the After films ahead ***

Do Tessa and Hardin get back together?

Tessa and Hardin’s relationship is left in the balance at the end of After, but in After We Collided they find themselves drawn to one another again.

The second film ends with Tessa saying she might just take the job she’s been offered in Seattle as she has no reason to stay in town anymore.

However, as we know there are two more films to come it’s pretty clear these two will be back together at least once.

Do Hardin and Tessa have a baby?

Two years after graduating NYU, Hardin and Tessa fall pregnant after trying for quite some time and even sadly suffering a miscarriage.

After welcoming a miracle baby girl they welcome a baby boy six years later – who would have thought Hardin would be a parent to two kids!?

Do Hardin and Tessa get married?

Fans of the book who got to know Tessa and Hardin were eager to see a big white wedding from these two, but she continues to refuse Hardin’s proposal – even after having children.

There’s no mention of any wedding, but Hardin and Tessa treat each other like husband and wife regardless, so fans will have to wait and see whether this is a detail that’s changed for the sake of the films.

> Download Our App For All The Latest After News 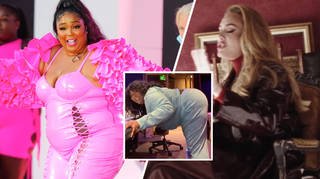